Just a tiny question. Does anyone here know what is responsible for the size of our inserted views within a draft? Or if there is a way to manually adjust them?

My views are usually way too wide, and then overlap when I try to make a nice draft, and then its a nightmare to select what you want. 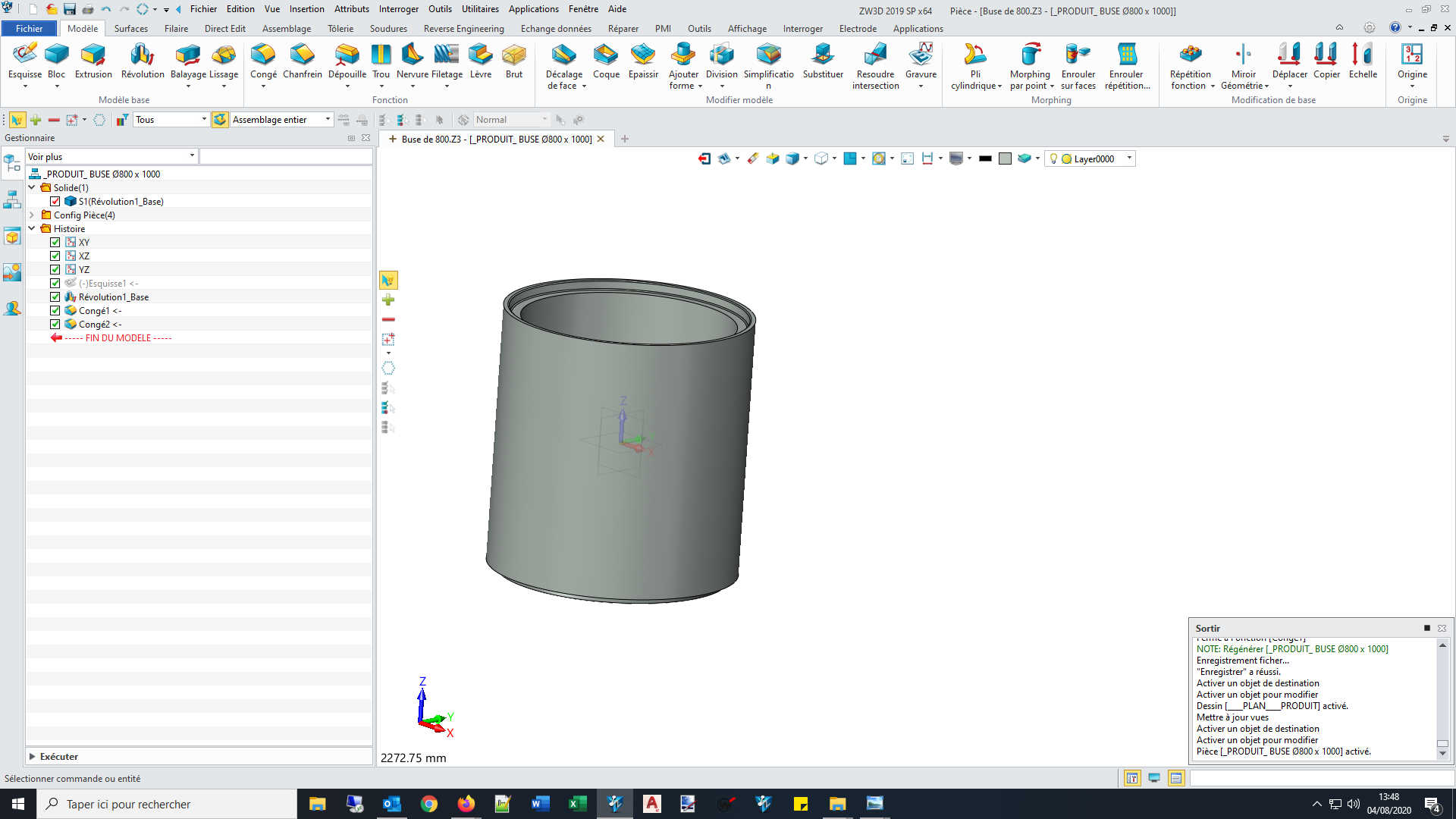 Hi Nicholas,
using your zoom extents as a guide, your objects are quite large compared to A3/A4 etc.
There are two ways to insert views.
To create a drawing sheet from a model go via the RMB 2D Layout option.
I use the Standard View process rather than the Layout method. I think this is default for this way of creating drawings.
Before you locate you view, adjust the dialogue settings including the view direction(Top, Right etc), Scale etc THEN choose a location.
If you find you are always changing the same settings then you can change your drawing sheet Temple so the correct Style is applied by default.
You can easily change Scale of a view after it is installed and you can also turn off auto alignment.
RMB on the view and look at the Options

No no, sorry I think I expressed myself poorly.
I was talking about the yellow outline I highlighted in the third screenshot. The two firsts being there to show that there don’t seem to be any entity outside of my part within the sketch and the mesh, that would justify an off-centered view outline which would try to encompass everything. To me, my part is well centered. Looking further, I also just paid attention than when locating my views on the sheet, the cursor is already off-centered (I cheated there with the cursor as it isn’t captured by “Print Screen”, I also recorded an AVI, but the forum don’t allow me to upload such format) 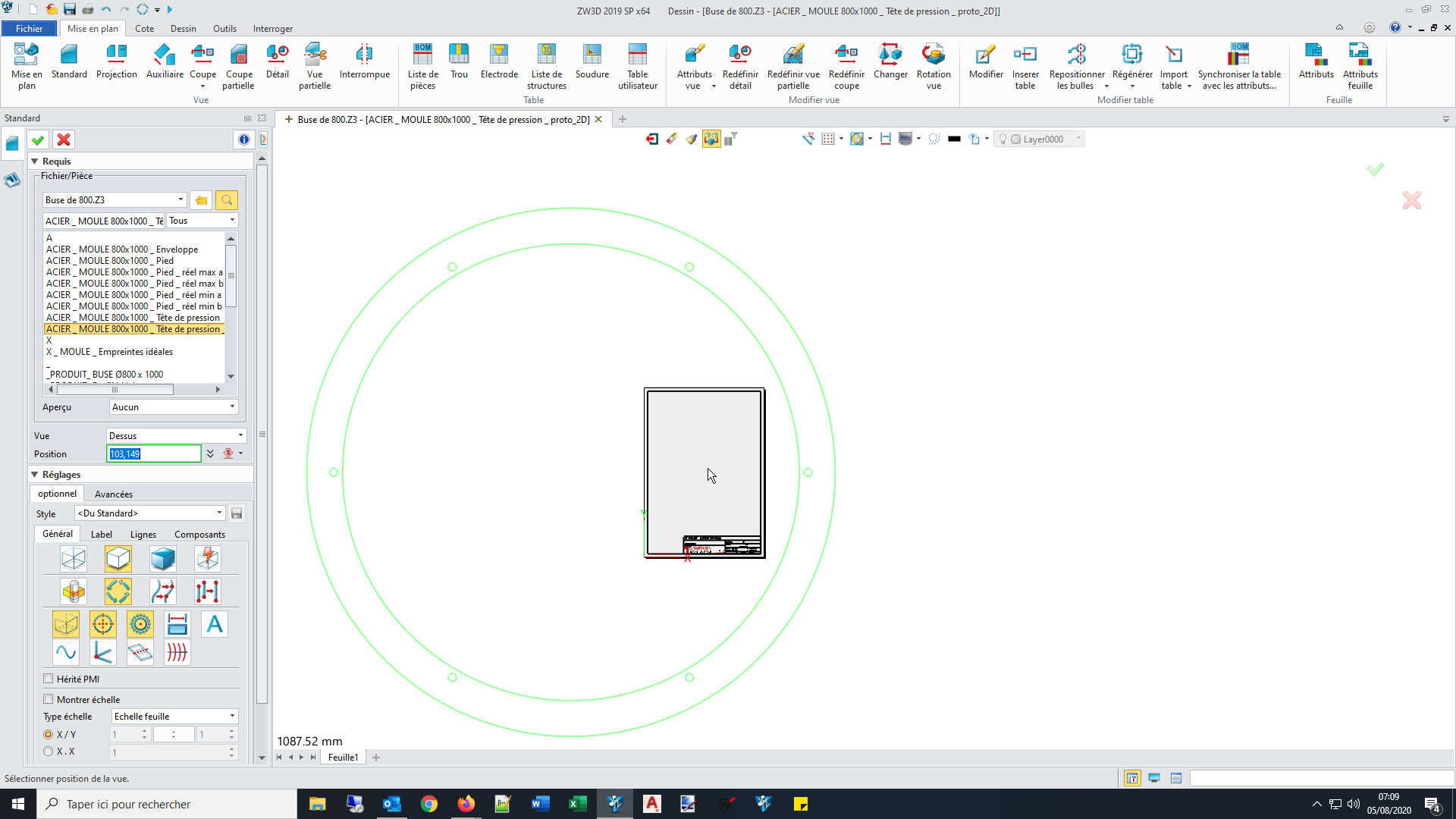 Investigating this new fact, supposing it could be the cause of the yellow box centering itself around this off-centered part origin the cursor is using, I found an option to change the way the part center is calculated (computed?) But the option 's box was in fact ticked by default, and blanking it actually caused my cursor to properly align on the correct part origin (as of screenshot 1 / post 1). Then, if I validate the view insertion…
… nothing change, the view box is still off-centered. The issue seems to originate from earlier in the process, and the “draft part” of the software seems to create cursor location AFTER defining the view box, rather than going straight for the part origin (which I find odd).

The problem don’t seem to come from the 2D sheet, since that if create 2 new parts, each with a simple cube inside, one using default template, and the second using my most common template, both insert themselves with OK view box (even if I wished we could resized that box regardless of any of the issues I expressed there).

EDIT: Also, when I setup cut view, the cutting line extend to the end of the view box (parent view), thus needing to be adjusted. On the contrary, the resulting children view box seems fine.

Hi Nicholas,
great reply and very clear what you mean now.
In the model you might check to see if there are any stray objects that do not show in 3D space.
Simple check is to use View Extents in model space. If the resulting view looks correct a is good, but if you think the model looks small ad there is lots of surplus space in one area, maybe the stray object exists. Usually it is something in a sketch.
Other than that, I do not know how XW calculated view center.
Cheers
Paul