Is there any “built-in” tool to make other handed version of an assembly?

At the moment :
-----I fully make my (lets say) LEFT hand version, that I name with suffix L
-----I create another assembly with suffix R, and insert within the LEFT one
-----then I use “Fuse” or “External part” 'depending on the situation), to turn my imported assembly into “model solids”
-----then I use the “model” mirror function

It works quite well, it auto regenerate as long as I only modify existing parts in LEFT version.
But as soon as I want to add or delete a sub-part, I will have to edit the Fuse and Mirror functions of the RIGHT version.

Ideally, I would wish a feature like in Soldiworks, but in the meantime, just an option would do the job I guess, as a box to tick within features’ left column menu, to consider as “selected entity” all the available entities in the 3D space.
But it still might not be an ideal solution for constraints tracking in bigger assemblies where LEFT and RIGHT sub-assemblies are integrated.

I don’t know if i am missing something that already exist.
For sure, I never use “Assembly” mirror feature, (the one with options as “Clutter, Mass or Frame” and a secondary symmetrical datum selection) as the result always looks like a mess that is anything but a mirrored version of the original selection. In the bunch of individual selected parts, some will get “planar” mirrored, some will get “180° rotation” mirrored, some will get oddly flipped, some will just get translated, and some will even get constrained to different surfaces…
As long as my brain can’t process the intent behind this feature, I will probably never touch it.

Hi Nicholas,
do you think you can decode the Fuse command. It is not the same name in English and can mean either a devise that starts an explosion, a device that prevents and explosion or joining two objects together!!!
Cheers - Paul

I know your pain on this one.
Inventor does the job properly by creating a lot of extra files that are linked. Actually Inventor is always creating extra files.
I have found it is often quicker to make a correct opposite hand assembly form blank.
Its a pain but is is reliable. This is OK if there not a large number of parts. 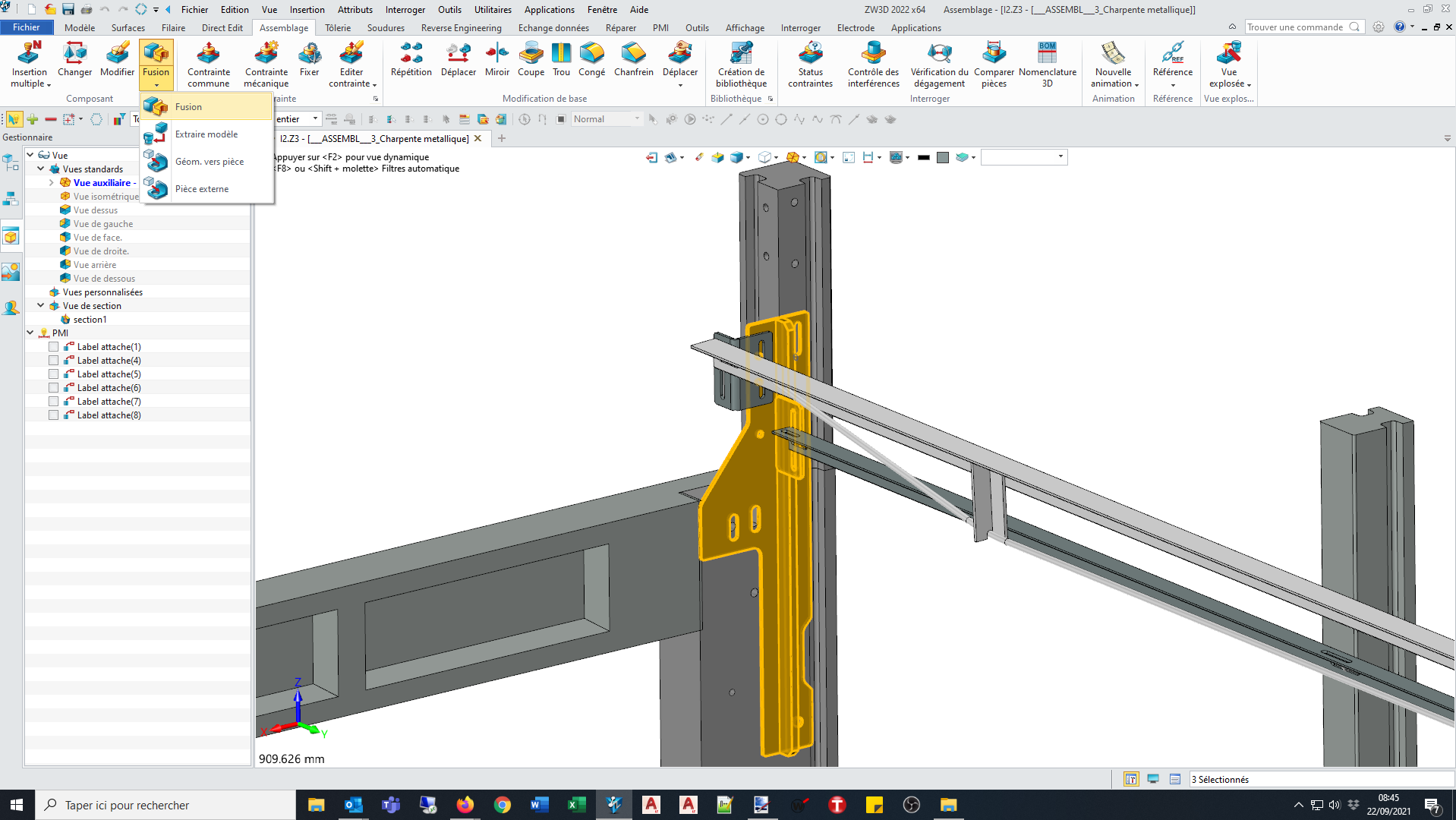 To save half of the troubles, in big assembly where I insert those left and right hand parts, I constraint the second generated hand version using only its 3 axis datum as much as possible, but if you could save yourself the trouble of having to redo its “internal” constrains after any change, that would be fantastic.